The thyroid is a small butterfly-shaped gland located in the front part of the neck below the thyroid cartilage (ie. the Adam’s apple). The major role of this gland is to produce thyroid hormones to control metabolic rate. Thyroid hormones are important in regulating body energy, the body’s use of other hormones and vitamins, and the growth and maturation of body tissues. By some estimates, as many as 20% of Canadians could have undiagnosed thyroid disease. Thyroid disease refers to both HYPOthyroidism and HYPERthyroidism and I have outlined some of the common symptoms associated with both conditions below.

Conditions and Symptoms Associated with Hypothyroidism

Heart Disease
Research reveals that the following laboratory values can be increased in hypothryoidism, thereby increasing cardiovascular disease risk:
– total cholesterol;
– C-reactive protein (a measure of inflammation in the blood that is a very accurate predictor of future heart problems);
– homocysteine (an abnormal protein that can damage your arteries if not cleared out of your system properly);
– blood pressure.

Weight Gain
Hypothyroidism results in decreased metabolism, which in turn may lead to weight gain. Sometimes people have such a struggle with weight gain, that they cannot lose a single pound, even after heroic efforts at weight loss with ultra-low-calorie diets.

Easy Fatigue, Early Exhaustion, or Lack of Motivation This can occur even in people who sleep for more than 8 or 9 hours per night.

Depression
A general slowing of mental functions can be seen in hypothyroidism.

Headache
Migraine and tension headaches can be associated with hypothyroidism.

Constipation
A hard bowel movement less than once every 2 days may be an indicator of hypothyroidism.

Cold intolerance
The hands and feet can be cold to the touch and frequent chills (or being “always cold”) is a common complaint.

Aside from the typical symptoms associated with hypothyroidism, it’s important to note that undiagnosed hypothyroidism can potentially be blamed for many conditions and symptoms in women, including:

Physiology Review
I have to give a little bit of background information regarding how thyroid hormones work so that you can understand some of the limitations regarding mainstream thyroid testing.

The process of hormone synthesis begins in a part of the brain called the hypothalamus. The hypothalamus releases thyrotropin-releasing hormone (TRH). The TRH travels to the pituitary gland, which is also located in the brain. The pituitary gland then releases thyroid-stimulating hormone (TSH) into the blood. The TSH travels to the thyroid gland and stimulates the thyroid to produce and release T4, which goes to the liver, where it is converted into T3. T4 is essentially a storage hormone and doesn’t perform the tasks of T3. T3 is the active form of thyroid and is responsible for most of its functions.

Blood Testing
The reason I’m concentrating on TSH is because it is the diagnostic “gold standard” for diagnosing thyroid disease. The TSH is used almost exclusively in Ontario by most conventional physicians as the means of diagnosing thyroid disease, irrespective of symptoms. A high TSH result usually means an underactive thyroid (hypothyroidism) and a low TSH usually means an overactive thyroid gland (hyperthyroidism). If one of these abnormal results is discovered on a blood test, then your medical doctor will do some further exploration. Unfortunately, most mainstream physicians in Canada rely on an outdated reference range for TSH (the reference range is 0.35-5.5 mu/I). In January 2001, the American Association of Endocrinologists announced that any TSH score above 3 should be considered an indication of probable hypothyroidism but according to the much-published British expert, A.P. Weetman M.D., the ideal TSH score is 1-2. We have not adopted these guidelines in Canada. This means that if you have testing done through your doctor to explore your thyroid and TSH comes back “normal”, you will be told that your thyroid is not the problem.

In addition, in most medical communities, medical doctors will follow up abnormal TSH testing with T4 testing because T4 is known as the barometer of metabolic health. What’s important to realize is the fact that a person can have a perfectly normal level of T4 and still be lacking sufficient thyroid hormone because of the inability to convert T4 to T3 (remember, T4 is the storage form of thyroid hormone and T3 is the active form of thyroid hormone). Unless your body can properly convert T4 into T3, you will lack the essential ingredient for a properly acting metabolism.

If you have symptoms of hypothyroidism and feel that there is something going on with your thyroid, don’t despair or think that you’re going crazy. You can have a full thyroid panel done through a Naturopathic Doctor (although you will pay out of pocket for it). This panel would include TSH, free T3, free T4, total T3, and anti-thyroid peroxidase antibody (anti-TPO). All of these tests should be done together to give much more accurate information regarding your thyroid health rather than just testing TSH alone. Someone who has experience interpreting these results can also take it a step further and compare values to each other to see how much free T3 is present in relation to both total T3 and free T4. Breaking this information down provides further insight into thyroid gland functioning.

Urinary Thyroid Assessment
A 24-hour Urinary Thyroid Assessment can also be performed to measure free T3, free T4, and selenium. There are several reasons why a urinary thyroid assessment may be beneficial:
• A specimen collected over a 24-hour period may better reflect the average behaviour of the thyroid gland, since thyroid gland activity varies throughout the day. Urinary thyroid hormone levels correlate well with classical symptoms of hypothyroidism. In fact, some experts suggest that urinary T3 (in a 24 hour specimen) can be better correlated to hypothyroid symptoms than blood TSH and Total T4;
• Quantities of T3 and T4 in a 24-hour urine sample are significantly higher than those found in a spot serum sample, so levels can be more reliably measured;
• Selenium is a cofactor for 5’-deiodinase, the enzyme required to convert T4 to T3. A low 24-hour urinary selenium level likely correlates with overall selenium deficiency and decreased tissue availability of T3 due to decreased conversion of T4 to T3;
• Please note that the Urinary Thyroid Assessment does not replace blood testing in the diagnosis of thyroid illness but is instead meant to help evaluate patients whose symptoms are not readily explained by blood thyroid testing.

If your basal body temperature is consistently 36.4 °C (97.5 °F) or lower, then you might want to consider a blood thyroid panel and possibly a 24-hour urine thyroid assessment.

The main purpose of the adrenal glands is to produce and release certain regulatory hormones and chemical messengers. The two primary adrenal hormones, adrenaline and cortisol, help control body fluid balance, blood pressure, blood sugar, and other central metabolic functions. Low adrenal function can actually cause someone’s thyroid problem to be much worse than it would be otherwise, and this occurs primarily due to the decreasing amount of circulating cortisol.

Cortisol affects the Thyroid Gland in Three Ways
1. Cortisol is required to facilitate release of TSH from the pituitary gland;
2. Cortisol facilitates conversion of the inactive T4 hormone to the active T3 form;
3. Cortisol allows each T3 cell receptor to more readily accept T3, meaning that the body will respond more efficiently to T3.

Here are some different yet similar clinical presentations of adrenal fatigue and hypothyroidism:

The Most Common Defining Features of Hypothyroidism
– Fatigue that lasts all day long and becomes pronounced by 9:30pm (no second wind at 11pm);
– Low basal body temperature and intolerance to cold;
– Hair loss (ie. especially in the eyebrow);
– Dry skin;
– Cravings for sweet foods, refined carbohydrates, and caffeine;
– Constipation despite following a healthy diet;
– Inability to increase stamina;
– Pronounced depression;
– Weight loss is very difficult without treatment and weight tends to concentrate on thighs and hips.

The Most Common Defining Features of Adrenal Fatigue
– Early morning and mid-afternoon fatigue. People with adrenal fatigue find it very difficult to wake up in the morning but feel much better if they’re able to sleep until am. In addition, energy tends to be best after 6pm;
– Low body temperature will be present only in severe adrenal fatigue;
– Hair loss might be present on the lateral calf in men but changes are not typically seen in the eyebrows;
– Dry skin;
– Cravings for salt or salty foods, fats, protein, and caffeine;
– Mild constipation;
– Stamina changes throughout the day;
– Depression is intermittent;
– Hypoglycemia symptoms are present and greatly increase with stress;
– Weight gain is not always present but when it is present, weight can gradually decrease with exercise, decreased stress, and decreased carbohydrate intake. In addition, weight tends to concentrate in the abdominal region).


I have a whole blog post on adrenal gland dysfunction if you would like to read more.

To conclude, I have hopefully convinced you that thyroid testing isn’t quite as straightforward as it seems. If you feel that you might be suffering from a thyroid and/or adrenal gland issue, come on into the clinic for an assessment! 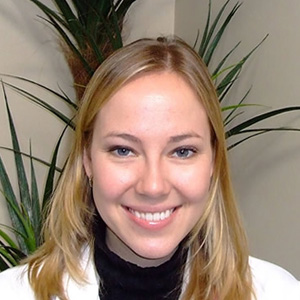 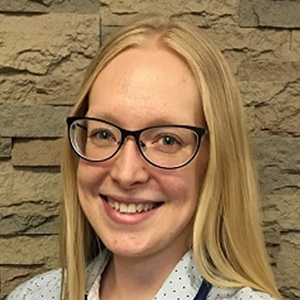 Sign up for our newsletter and receive promotions and health tips! (six e-mails per year)